Falsified or substandard medicines of the majority of commonly used anti-infectives have been detected.1,2 The issue of antimalarial quality has had much attention recently because of global concern about the public health burden of malaria and the potential for drug resistance to undo the huge gains made in reducing the burden of Plasmodium falciparum malaria. However, despite the interest in the issue, it has been difficult to estimate the scale of the problem (see article 1 in this e-issue), or to assess changes over time due to the lack of baseline data. We discuss case studies of recent findings on the quality of antimalarials and contrast evidence for epidemiology of good and poor quality medicines.

In the Lao PDR (Laos) researchers, using equivalent random sampling methodology in 2003 and then again in 2012,provided the first objective measure of change in medicine quality over time.3 In the survey in 2003, 88% of private sector outlets selling oral artesunate sold falsified artesunate. When this survey was repeated in 2012, significant improvement was observed, as no falsified oral artesunate was found. In 2003, 84% of the artesunate tablet samples tested did not contain the correct pharmaceutical ingredients; all the samples collected in the 2012 survey contained the correct pharmaceutical ingredients.

A key reason for this dramatic improvement is likely to have been the reduction in trade and use of genuine oral artesunate monotherapy in the intervening years, reducing the financial incentive for the criminal production of falsified medicines. The availability of oral artesunate monotherapies had significantly decreased from 22.9% of 96 outlets in southern Laos in 2003 to 4.8% of 144 outlets in 2012.In 2007, WHO Member States adopted a World Health Assembly resolution to stop using oral artemisinin medicines, such as artesunate, on their own. The WHO recommended the use of Artemisinin Combination Therapies (ACTs)that are more efficacious and less likely to engender resistance. ACTs are the currently recommended antimalarials to treat Plasmodium falciparum malaria in 81 countries globally.

Thanks to financial support from the Global Fund, ACTs were made available without charge to malaria patients in the public sector in Laos. Good quality antimalarials were also made available to patients at low cost through the private health care system, so many patients had access to quality-assured highly efficacious antimalarials. Increased medicine regulation, inspection and public engagement by the Lao medicine regulatory authority, the Food and Drug Department, contributed to the improvement in the quality of antimalarials in malaria-endemic regions of Laos.

Although no evidence of falsified antimalarials was found in 2012 (including ACTs, chloroquine and quinine), poor quality antimalarials were found. Just over a quarter of the antimalarials analyzed were outside the 90-110% pharmacopeial limits of the label claim, suggesting that they were substandard or degraded due either to errors in factory production or degradation in the supply chain; most of these contained lower doses of active ingredients. The ACTs analysed were of good quality.

A survey using randomized selection of drug outlets was performed between 2010-2011 in Cambodia, the epicenter of malaria drug resistance.4 The survey investigated the quality of 291 artemisinin-containing antimalarials (ACAs) – defined as any medicine containing an artemisinin derivative either as monotherapy or in combination with a partner active ingredient.(The medicines investigated were mainly artesunate tablets and mefloquine tablets packaged together in blisterpacks). No falsified medicines were found but almost one-third of the samples were outside the 85-115% range of the stated active pharmaceutical ingredients. Among the samples analyzed, one quarter had expired at the time of analysis, and 40% of these were of poor quality. The low levels of active pharmaceutical ingredients in these poor quality samples were thought to be due to degradation rather than problems with production.

In Tanzania a national assessment of the quality of 1,737 ACAs purchased from retail drug outlets was conducted in 2010.5 In total, 12% of ACAs had at least one active ingredient outside the acceptable active ingredient rate fixed at 85-115% and 30% at the 90-110% range. This study also showed that medicines that were not assessed through the WHO pre-qualification programme were more frequently poor quality.

There has been significant investment in medicine regulation, education and communication by the Tanzanian, Lao and Cambodian medicine regulatory authorities over the last 15 years, and these efforts are very likely to have contributed to these promising results. However, without prior studies for comparison, the impact of these interventions is difficult to evaluate for Tanzania and Cambodia. Falsified ACTs were not described in Laos, Cambodia or Tanzania before these studies were conducted. They have still not been found there but the concern remains that this may be because few are looking! 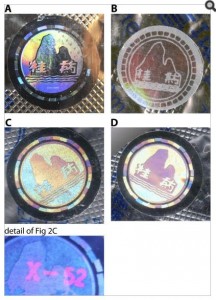 This evidence, although not from random surveys, strongly suggests that there are severe problems with the spread of falsified ACTs in Africa. These must be causing significant harm to vulnerable patients and their communities. With the demonstration that intravenous/intramuscular artesunate injection reduces mortality from severe malaria12, it is essential to check the quality of this vital medicine as its use increases.

Criminals go to great lengths to copy good quality medicines from both the innovative and the generic pharmaceutical industries. This has been demonstrated on multiple occasions, for example by the sophistication of falsified artesunate holograms which are designed as security devices. Global cooperation and support for medicine regulatory authorities in low- and middle-income countries is essential to ensure that the benefits of modern good quality medicines are not wasted through criminality or negligence. Medicine quality is likely to vary substantially through time and space, with hotspots of poor quality, and it is therefore vital not to relax attention to combat this avoidable plague.

Other articles in this series: