How far have we come in the last four years?

Four years ago, it was estimated that a child died every 30 seconds from malaria, and that more than a million people each year were killed by this devastating and debilitating disease. Four years ago, the malaria advocacy partnership Roll Back Malaria organized the first World Malaria Day, and published the Global Malaria Action Plan (GMAP), which set comprehensive goals for the control of malaria world-wide, with the ultimate aim to eradicate malaria completely.

Since this initial World Malaria Day, Roll Back Malaria has also launched further initiatives to support on-going control efforts; for example in 2009, “Counting Malaria Out” was unveiled, a campaign designed to intensify global malaria elimination efforts, in order to reach the goals set by the GMAP the year before. 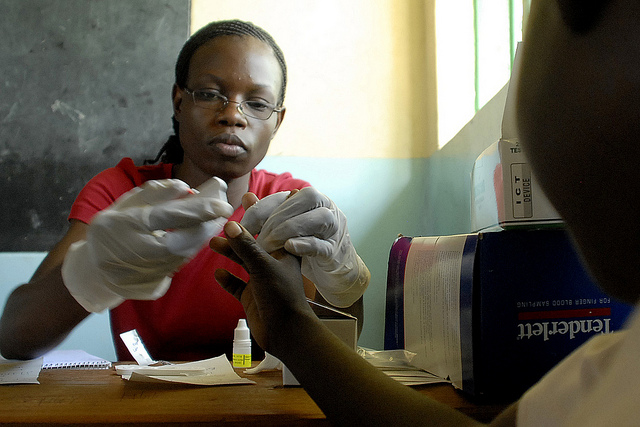 World Malaria Day 2011 was given the theme, “Achieving Progress and Impact,”and thus explicitly encourages us to reflect on the developments and steps forward that have been taken in the last four years.

The overall feeling has been one of success; the World Malaria Day website declares that “we have come a long way” since the first World Malaria Day, and proudly remarks that the number of estimated deaths caused by malaria has fallen to fewer than 800,000, from the 2008 figure of more than a million. However, a key emphasis is placed on the fact that we cannot let momentum slow down, and efforts must continue at their current rate until the number of deaths from malaria reaches zero.

This echoes the message put forward by Malaria No More a few weeks ago, in the wake of an article by the New York Times, which erroneously suggested that Malaria No More would immediately cease activities in 2015, corresponding to the estimated date of the elimination of deaths by malaria.  Malaria No More emphasized in their response that while advocacy groups should be proud of the progress in reducing malaria fatalities, any resting on laurels should be cautioned against, as the fight is far from over; Malaria No More is committed to ending malaria deaths, with the aim of doing so by 2015, but if this target is not reached, they will NOT be closing their doors.  Read more at:   “Malaria No More Refutes New York Times “Mission Accomplished” Story.”

Moreover, there are challenges ahead that while appreciated back in 2008, will only become more important as time goes on. The global population is ever-growing, and especially so in the world’s poorest countries, which tend also to be disproportionately affected by diseases such as malaria. More people means more cases, even if prevalence of the disease remains the same, and thus places a greater strain on already-stretched donor resources and nascent local health systems.

The peril of climate change also poses unknown effects of changing disease distribution and threatens to alter distribution northwards into temperate latitudes as well as into higher altitudes, where malaria transmission previously did not occur. Predicting and accounting for these changes in transmission and distribution adds to the challenges facing the control of malaria in times to come, and emphasizes why efforts such as the GMAP should continue with on-going, if not renewed, vigor.