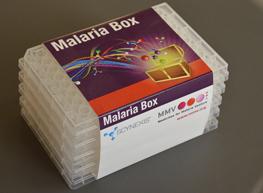 A nonprofit called Medicines for Malaria Venture (MMV) is sending free kits of potential malaria cures for researchers. It’s called The Malaria Box, and it is the result of a high-throughput screen done by MMV and cooperating pharmaceutical companies. All you have to do is send your request, along with a summary of your research and how you plan to share the data. The box contain samples of 400 substances that MMV has found may be promising malaria cures. The Malaria Box is meant to be a starting point for researchers at universities or small companies.

Available free of charge, on request, the Malaria Box is a treasure trove of 400 diverse compounds with antimalarial activity. The Malaria Box has been assembled by MMV in a bid to catalyse malaria and neglected disease drug discovery and research. All of the compounds have confirmed activity against the blood-stage of P. falciparum and are commercially available. It includes:

The final selection, formatted as solutions at 10mM concentration in dimethyl sulfoxide, was distilled from around 20,000 hits generated from an extensive screening campaign of around four million compounds from the libraries of St. Jude Children’s Research Hospital, TN, USA, Novartis and GSK. The selection was made to provide the broadest cross-section of structural diversity and, in the case of the drug-like compounds, properties commensurate with oral absorption and the minimum presence of toxicophores.

All that is asked in return of Malaria Box users is for the resulting data to be published and placed in the public domain to help continue the virtuous cycle of research.