Home / Malaria News / What Ebola Can Learn From Malaria 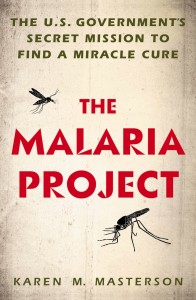 Famous experts, ranging from Paul Farmer to Jeffery Sachs, have tried to use reason to show why investments in clinics go further to stop diseases like Ebola than do investments in vaccines and drugs. Their arguments are simple: build clinics and train medical staff to care for people, and they will be competent to tackle whatever problems emerge. (The teach-a-man-to-fish argument.) If such a clinic existed in the rural village in Guinea where the current outbreak’s original case of Ebola broke, its staff could have advised the community on how to contain the infection. That didn’t happen, and now the CDC is predicting a million infections by January.

Karen M. Masterson is the author of the forthcoming book, The Malaria Project: The U.S. Government’s Secret Mission to Find a Miracle Cure, out next week. “If the U.S. spent more money on disease prevention and clinics—and less on vaccines and drugs—everyone in the world would stand to benefit.”