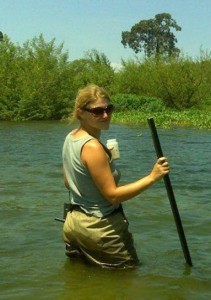 April 25 was World Malaria Day. Each year, it gives us a chance to reflect on where we stand in the on-going struggle to control this deadly disease. This year is no exception, and in fact, provides even more reason for measuring progress – 2015 is the milestone by which the international community will judge progress towards the Millennium Development Goals (MDG), a set of bold targets laid out by the Millennium Declaration in 2000, which envisaged a future free of poverty and preventable disease. The sixth MDG focuses on infectious disease: “Combat HIV/AIDS, malaria and other diseases.” Specifically, the target is, by 2015, to “have halted and begun to reverse the incidence of malaria and other major diseases.”

The good news is that, per its 2014 report[1], the world is actually on target to meet MDG 6. We have successfully halted increases in incidence, and begun to turn the tide. Since 2000, we have succeeded in reducing the death rate of children under 5 from malaria in Africa by over 50%. More and more countries, through rigorous vector control programs, disease surveillance efforts, and improved diagnosis, have been certified “malaria free” – four new countries have joined that list since 2007 alone (Armenia, Morocco, Turkmenistan and the United Arab Emirates – their success should be applauded).

However, of course, challenges remain. We have chosen to highlight one particularly concerning issue for our current issue: resistance. Resistance is a concern on two fronts: not only can mosquitoes become resistant to the insecticides we use to control their populations and to cover our bednets, but emerging resistance against antimalarial treatments is an acute threat. In our issue’s three highlighted articles, our authors describe the impact of the challenge of resistance, but also point to solutions. Through innovation, research & development, effective policies and just thinking outside the box, we can access many more tools to aid us in the battle against not just resistance, but malaria itself.

There are on-going discussions as to the future of the MDGs after 2015, and whether they will be updated to create new targets for the years to come. Whether or not this comes to pass, the overall objective with respect to malaria control will remain the same – we look to a future where malaria is no longer a cause of death for the world’s poorest people, and, perhaps, is eliminated entirely. Even in the absence of the MDGs, we will also always still have April 25, World Malaria Day, to measure our gains and progress.