A recent study in PLOS Pathogens investigates how Epstein-Barr virus and malaria co-infection may create a lethal combination if the timing is right. 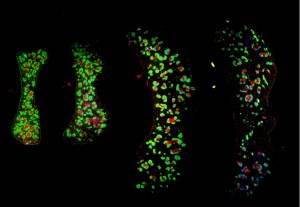 Epstein-Barr virus and malaria are two infections that can each be controlled on their own, but a new study in PLOS Pathogens shows that co-infection can perhaps become more lethal than each infection alone, providing one possible explanation for why young children are so much more vulnerable to severe malaria.

The study, led by Samuel H. Speck and Tracey J. Lamb of the Emory University School of Medicine finds that Epstein-Barr virus (EBV) may contribute to the development of severe malaria and malaria-related deaths in sub-Saharan African children. Almost all African children will be infected with both Epstein-Barr virus and malaria by the age of 6-12 months. Because both of these infections occur around the same time in these children, many are at a high risk for co-infection before the age of 1.

Speck, Lamb and colleagues wanted to know if the two infections may interact to exacerbate one another. A previous study demonstrated that malaria and gammaherpesvirus co-infection in mice was more lethal than infection with either disease alone. What Speck and Lamb wanted to know was how.

The team found that mice recently infected with a gammaherpesvirus have a compromised immune response and that subsequent infection with Plasmodium parasites often leads to severe malarial anemia, and even death. The study presents evidence that the complications that lead to many child malaria deaths may be partially due to EBV infection.

“We hypothesized that there could be some interaction which works with malaria and is only relevant in children,” said Lamb, “because that is the time when they are also initially infected with EBV.”

Epstein-Barr and Malaria: Double-keys to a Deadly Co-infection

They concluded that the relative timing of the infections was integral to the development of severe malaria. Speck explains, “You need closely overlapping infections, and there is a very narrow window of time.”

This means that EBV will still be in the acute phase when the person is infected with Plasmodium, which is integral to the lethality of the co-infection. Dr. Lamb elaborates, “We were most surprised by the requirement for the gammaherpesvirus to be acute. When the gammaherpesvirus infection became latent, there really wasn’t much of an effect, it really does have to be acute.”

Since children in sub-Saharan Africa are likely to become infected with both EBV and malaria within their first year of life, the chance that EBV will be in the acute phase when children are first infected with malaria is high.

“What we do understand,” says first author Caline Matar, “is that the acute phase of the gammaherpesvirus infection is essentially reducing the amount of antibodies generated against both of our pathogens- the virus and the parasitic infection.” Matar also notes that the change of P. yoelii from a non-lethal to a lethal infection is due to its dependency on the antibody response to clear the parasite from the body.

With many children in Africa contracting malaria and EBV, it is critical to understand how co-infection with these diseases can lead to severe malaria.

Moving forward, Dr. Lamb says that one of the next steps is to study how acute EBV infection affects malaria antibody responses tin children living in sub-Saharan Africa.

“These children, where they live, they are always going to be bitten every night or every other night by mosquitoes,” says Lamb. Speck adds that almost all of them will be infected with EBV by this time, so overlap of these infections is highly likely, and studying this is a high priority for the researchers.

EBV is not the only factor that contributes to severe malaria in African children– many other factors that can contribute include nutrition, health, and genetics. This study helps explain one piece of the puzzle: even a silent infection like asymptomatic Epstein-Barr virus can be instrumental in exacerbating malaria, and that the timing could be essential in whether or not the co-infection remains unnoticed or becomes lethal. 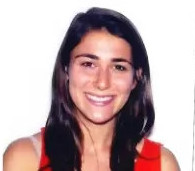 Lily Berrin grew up in northern California, leaving for Los Angeles to pursue a B.A. from Occidental College in Cognitive Science (with a neuroscience emphasis) and Spanish. After dabbling in research, she realized science communication was more her thing and landed a job at PLOS, working as a Senior Publications Assistant for PLOS Pathogens.